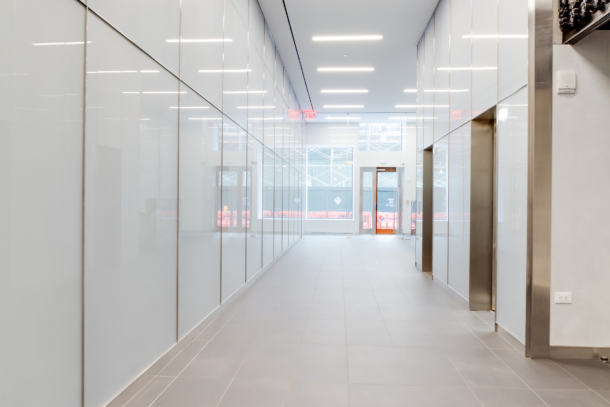 At the Greystone Building (7 West 22nd Street, NYC), Eastman Cooke created a secondary form of egress stairs from the cellar to the lobby to accommodate the space’s transformation into a Montessori School. The project entailed renovating the 1200 sq. ft. space to incorporate a look that combined “a little old with a little new.” 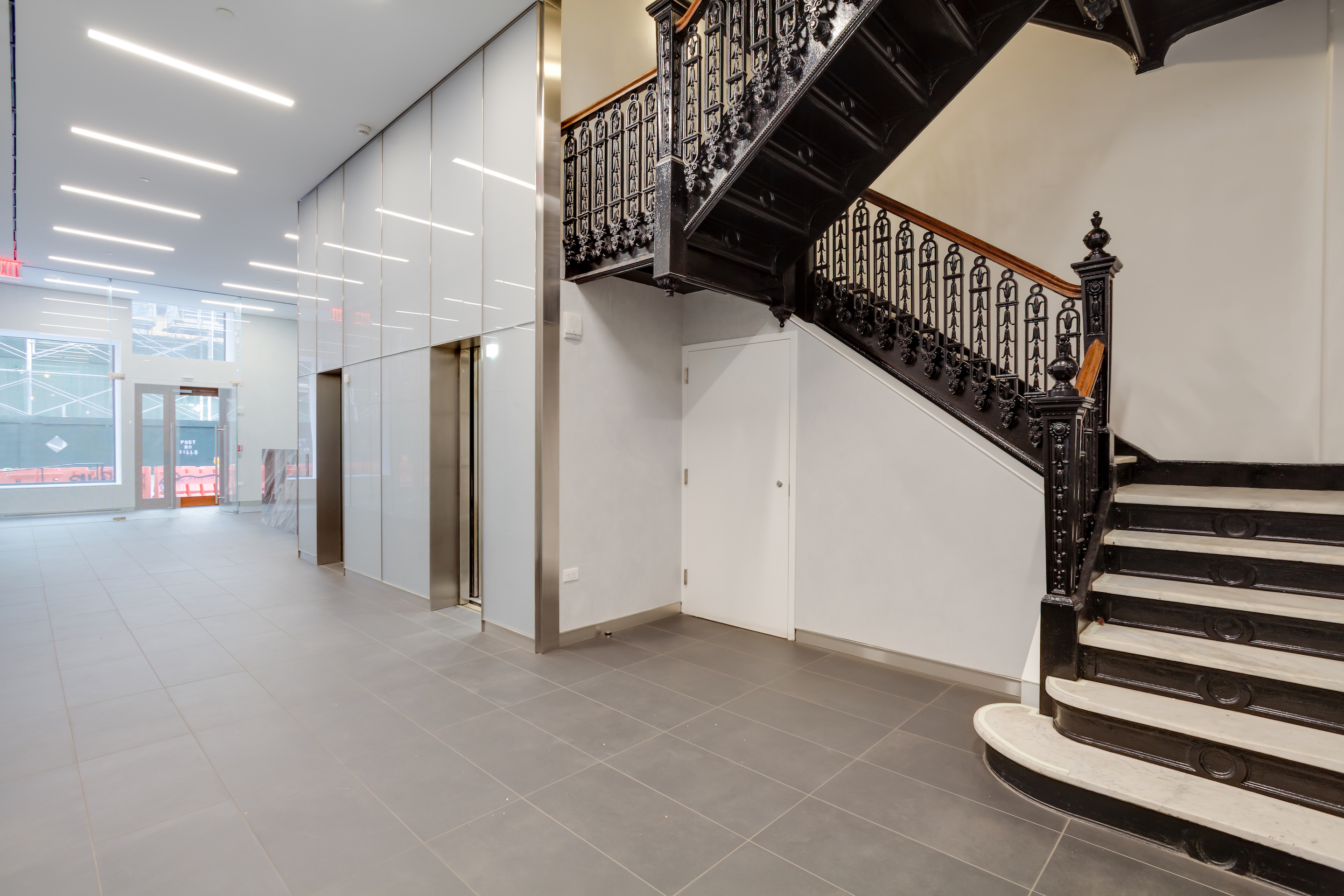 The “old” involved exposing and restoring the original set of cast iron stairs (circa 1910) that were hidden in an enclosed 10-story staircase. Crews opened the floor below to create the path for the new egress stairs.

The “new” entailed using black painted glass with stainless details on the walls, as well as new stainless elevator bucks. A new 1’x2′ grey porcelain tile was aligned with grout lines, revealing a beautifully detailed ceiling with LED lighting and sleek HVAC liners. The perimeter framed with a vanishing edge style revealed an “art wall” constructed with a vertical panel and level 5 finish, topped off with Venetian plaster. The project was finished off with mahogany wood door, custom built and fit into an existing cast iron storefront that was stripped and re-painted with a new coat of glossy black paint. 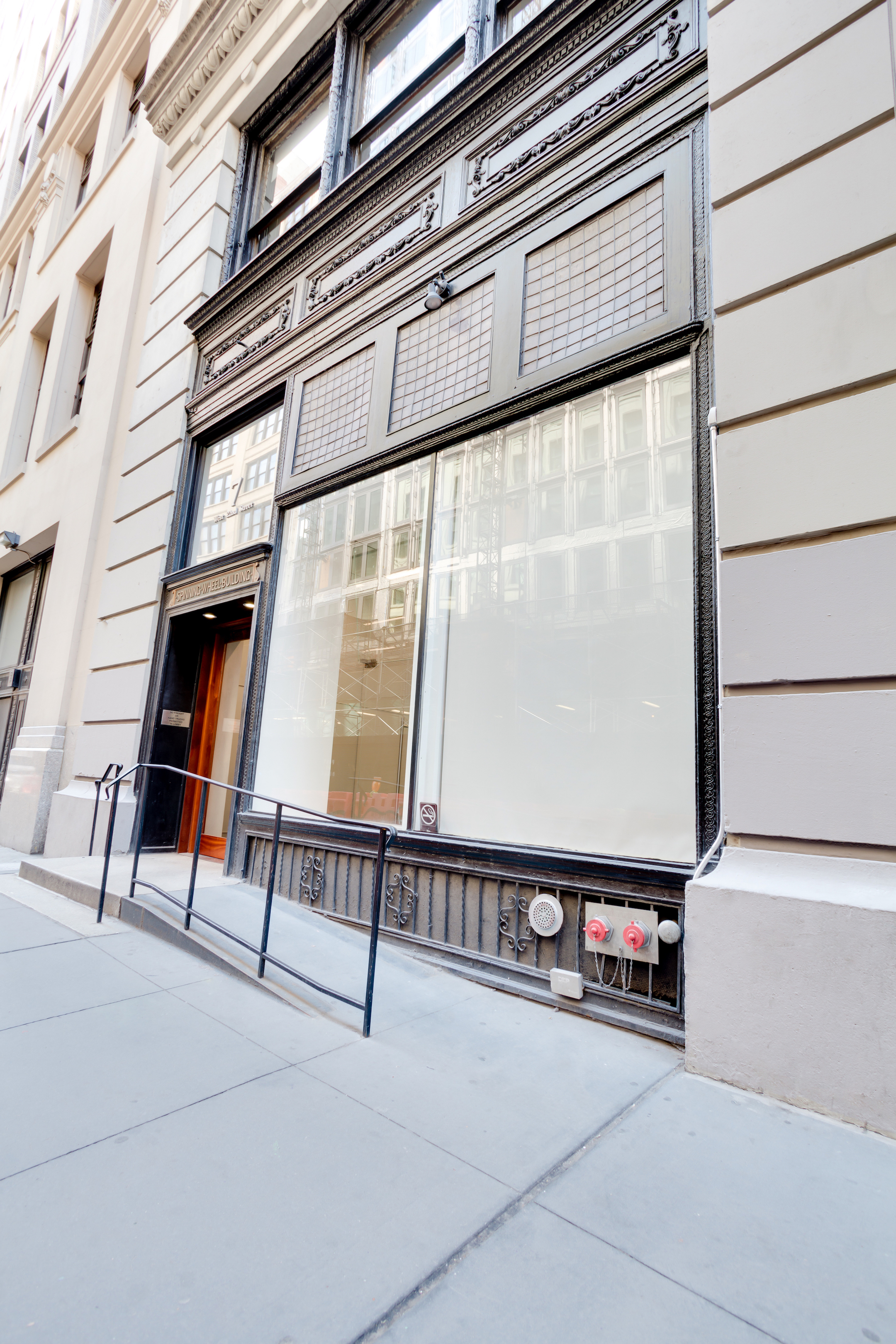 During the project, crews maintained a clean, safe environment as the lobby remained in use. An enclosed hallway was constructed, extending from the front door to the elevator bank, enabling crew members to work on the ceiling and walls. HVAC LED lighting was installed, enhancing access and productivity. Eastman Cooke followed DOB-approved drawings during each inspection, while meeting landmark requirements for the front door and storefront restoration. 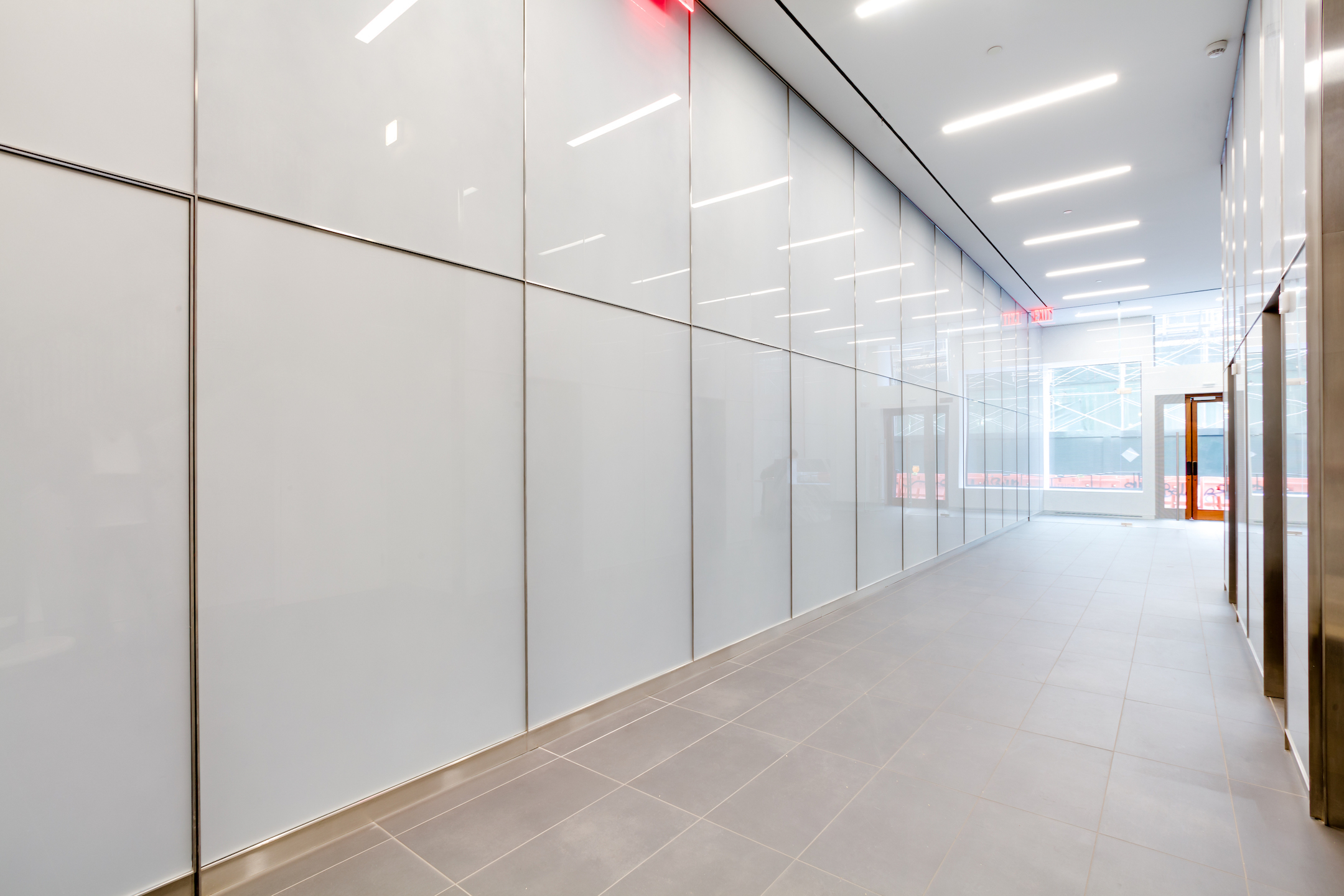 Important collaboration between Eastman Cooke and the project’s architect, MdeAS, helped to manage logistical challenges, while fueling strong communication. The project’s success helped to cement our relationship with the client, resulting in additional work completing a similar project in Soho. 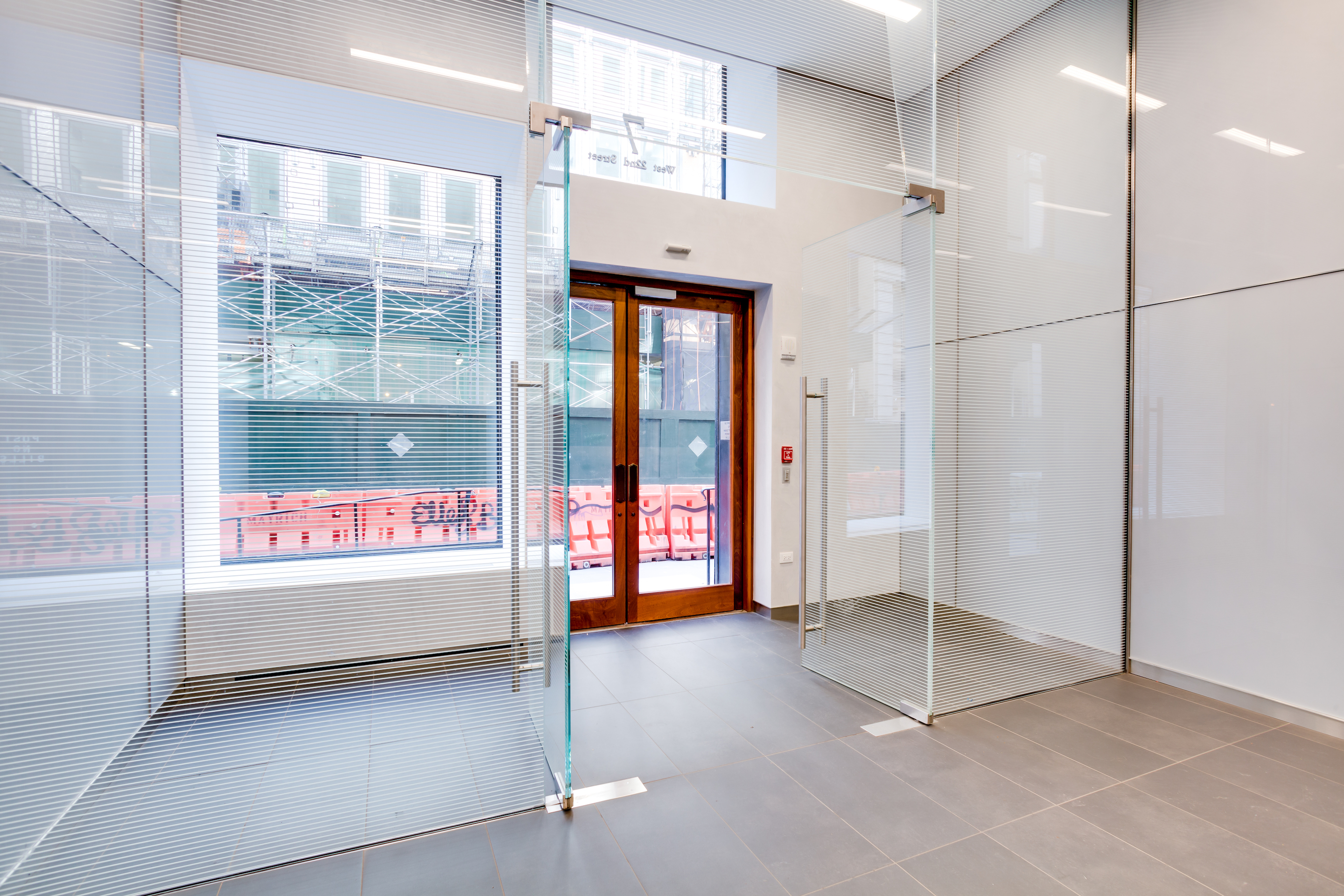 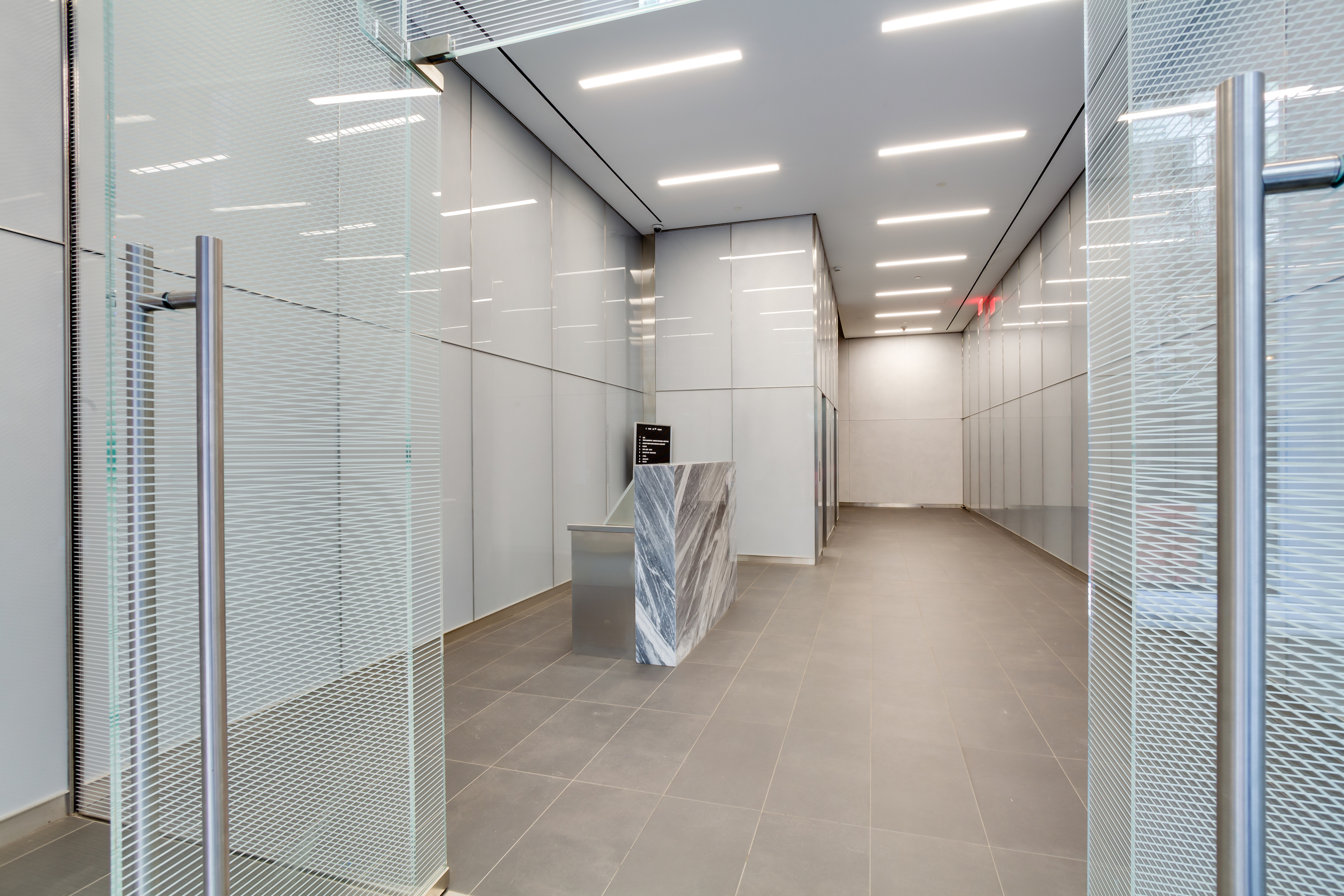 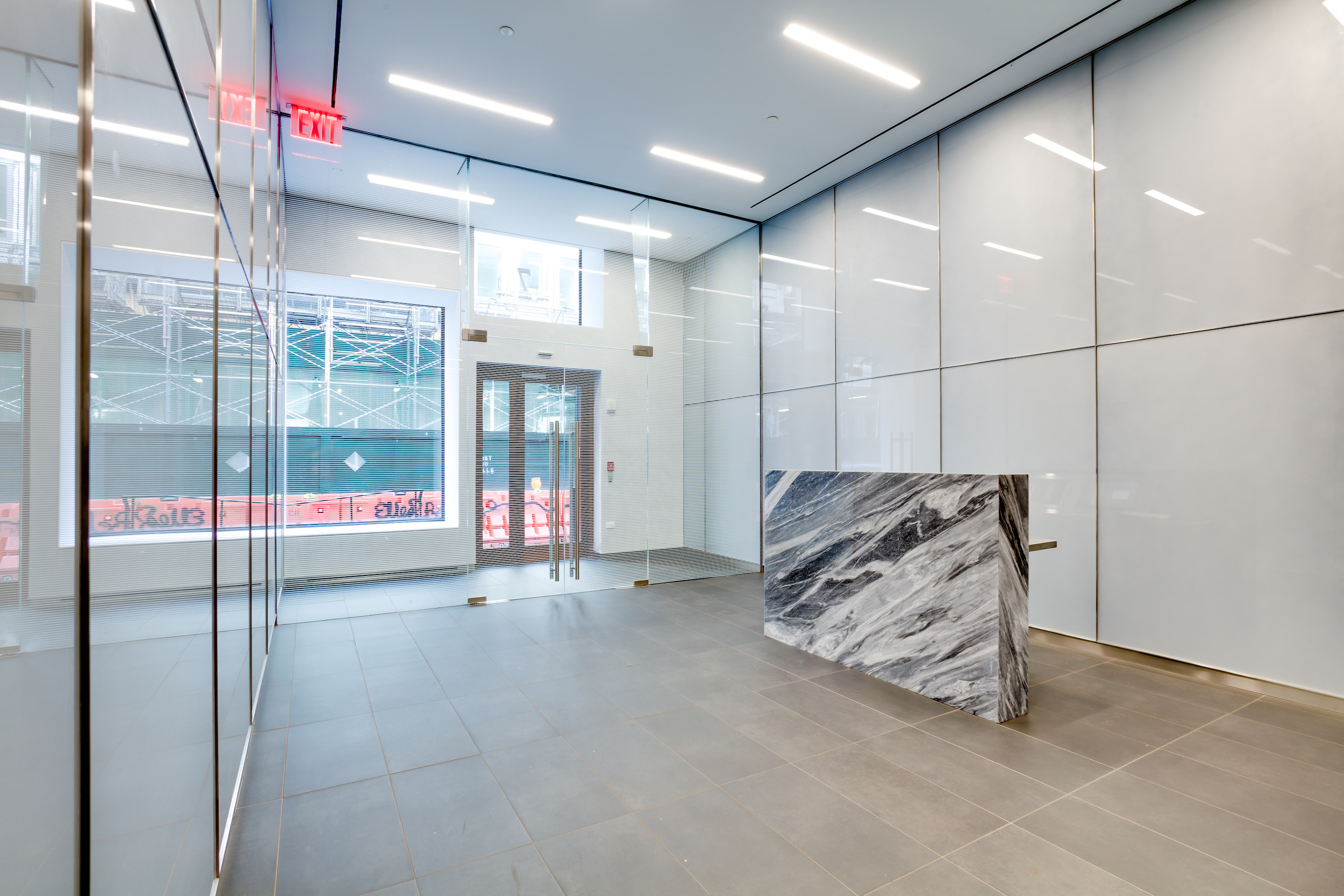 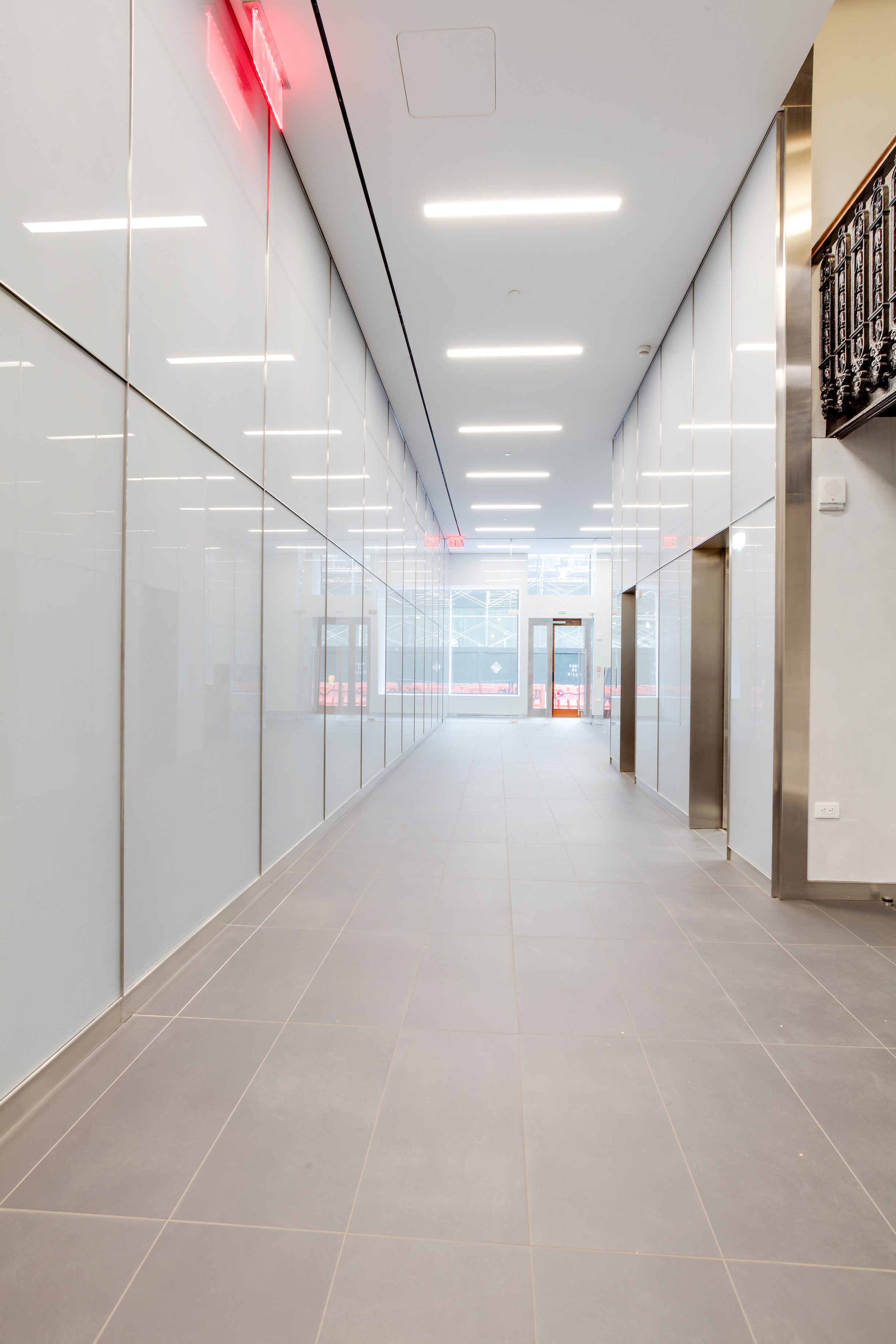